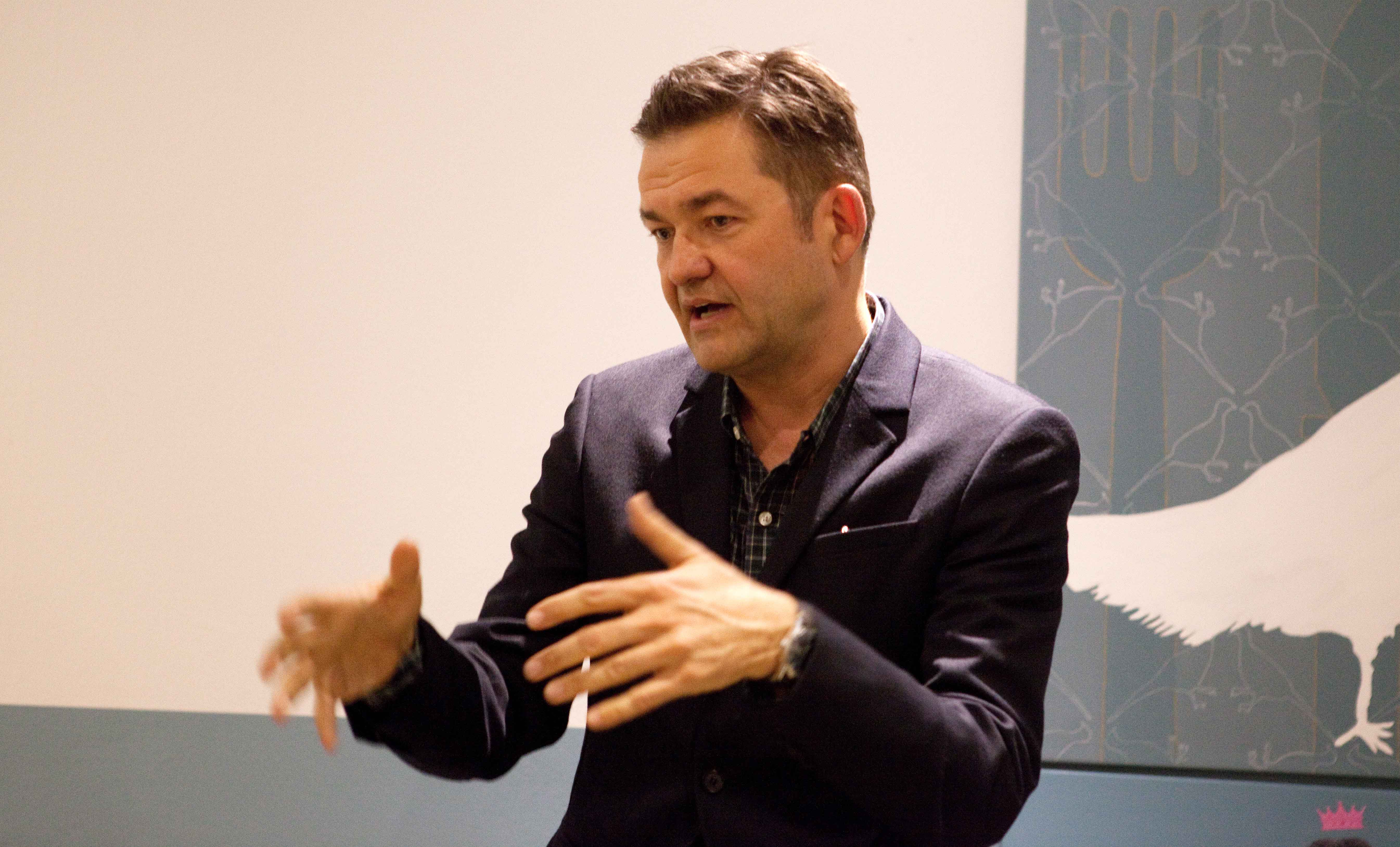 Special guest was acclaimed novelist Christian Mørk, who has an outstanding writing career, working among others for VARIETY, The New York Times and Warner Bros. Pictures.

The son of Danish actor Erik Mørk and Danish actress Susse Wold, Christian Mørk moved to the U.S. as a teenager and subsequently studied at Marlboro College in Vermont. He graduated in 1992 from The Graduate School of Journalism at Columbia University.

Christian Mørk writes both in Danish and English, often translating his English manuscripts into Danish.

He is based in Brooklyn, New York, and often travels to Denmark. 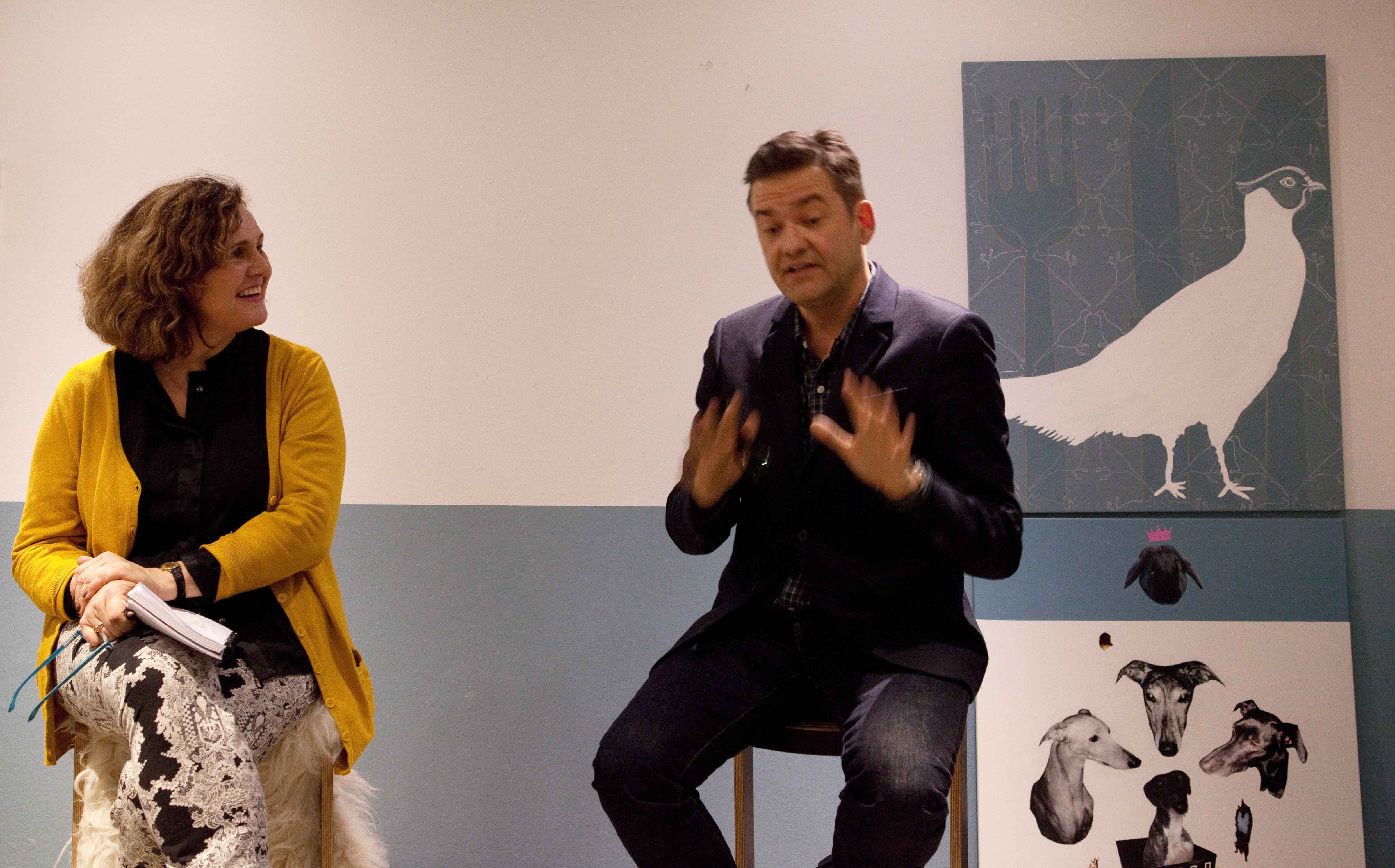 Ann Mariager, left, in discussion with Christian Moerk about his career. 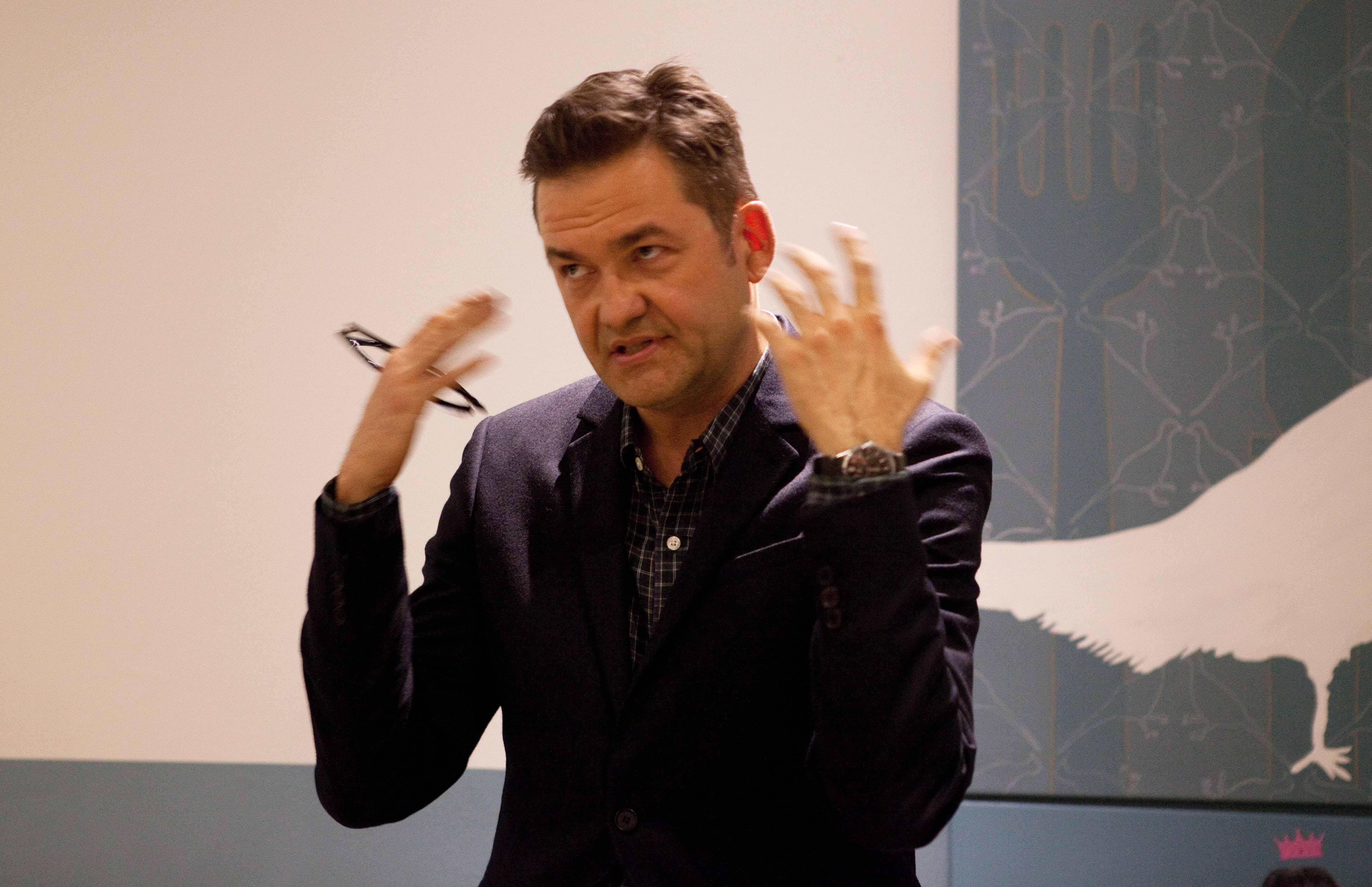 Christian Moerk talks about writing fiction and working as a contemporary author. 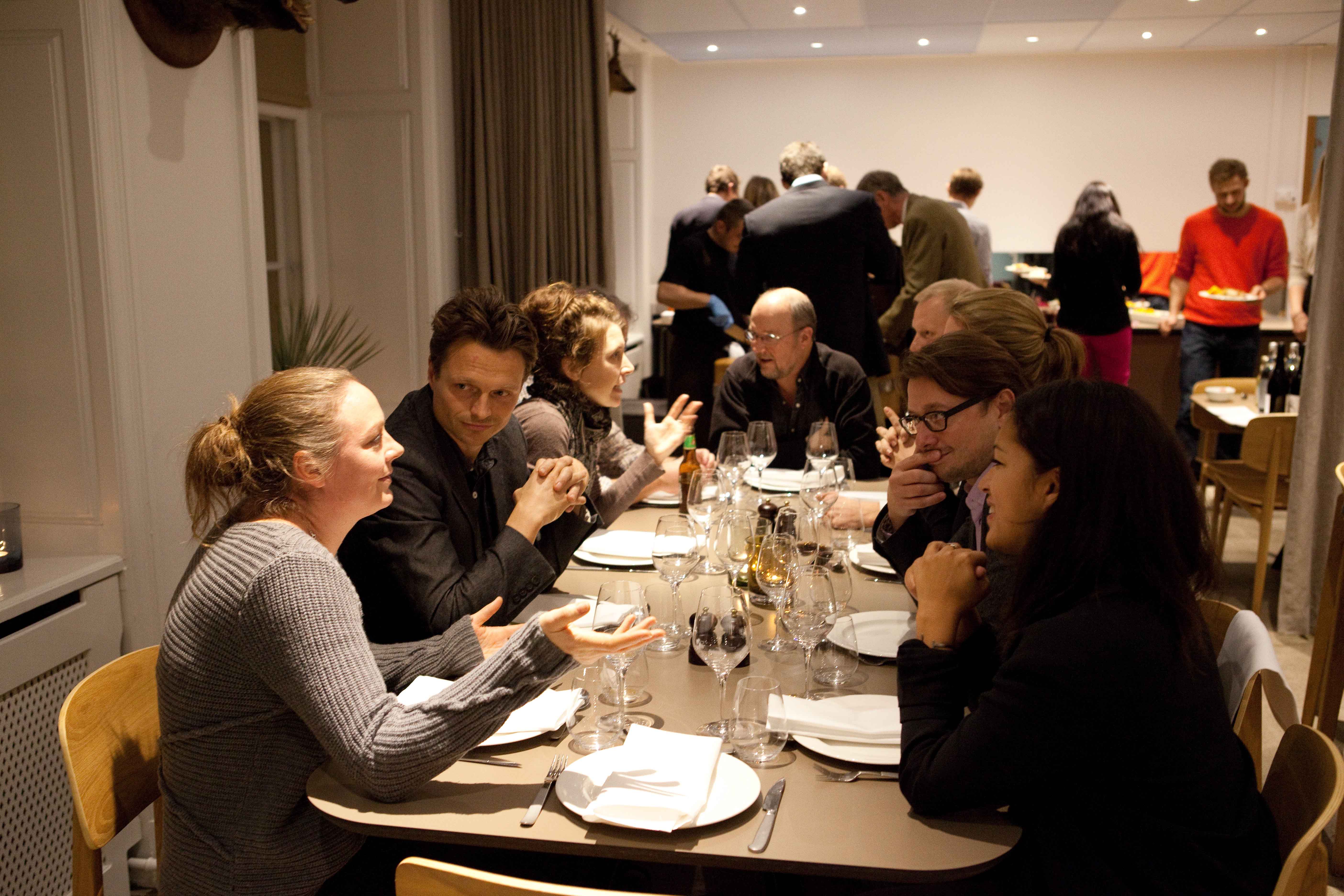 Iben Neergaard, front left, Peter Svarre, second to the left, and Noa Reddinton, second to the right, engage in conversation as Thanksgiving dinner is served. 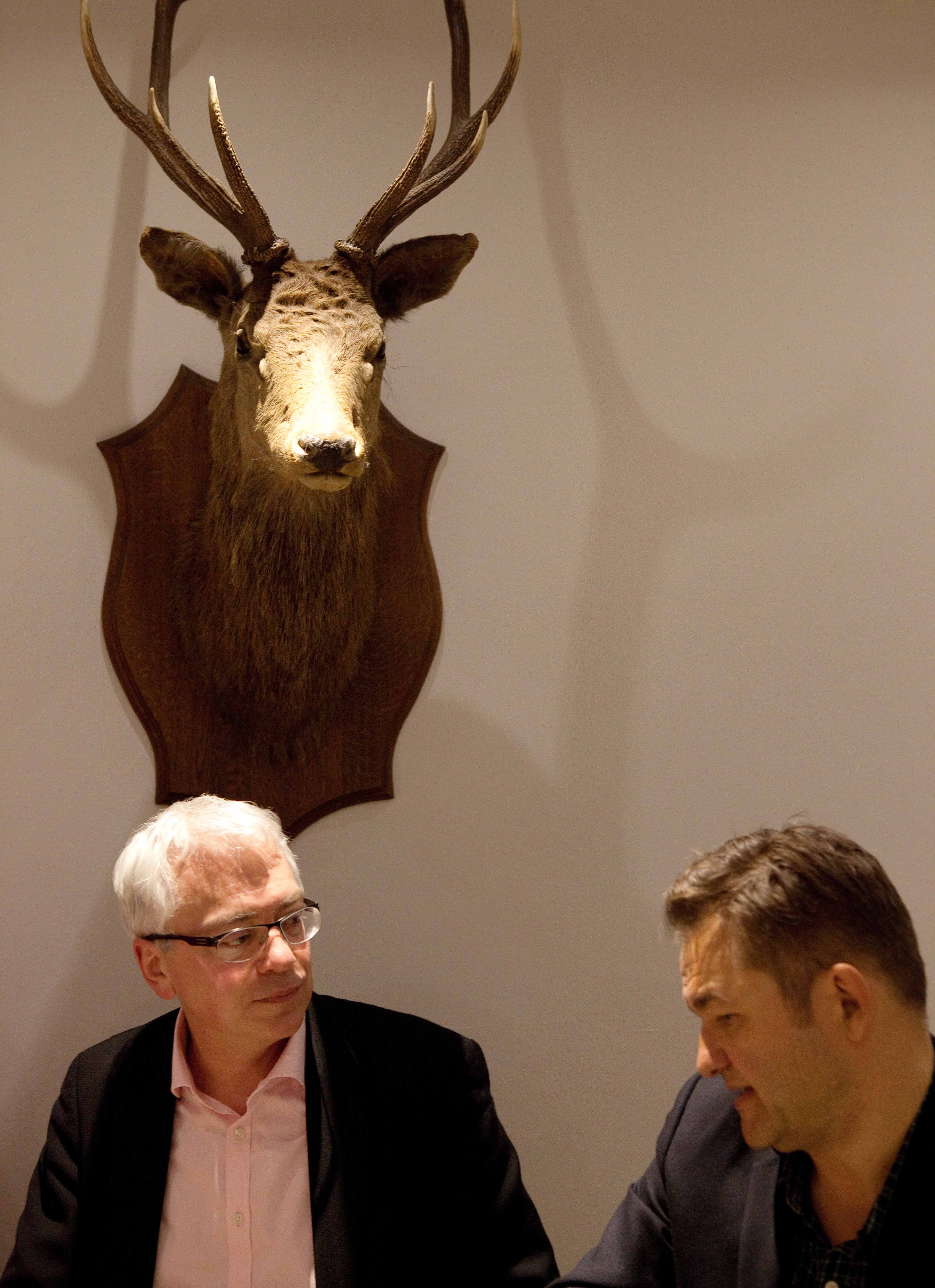 David S. Miller, left, and Christian Moerk, right, talk about American politics, while a deer watches over them. 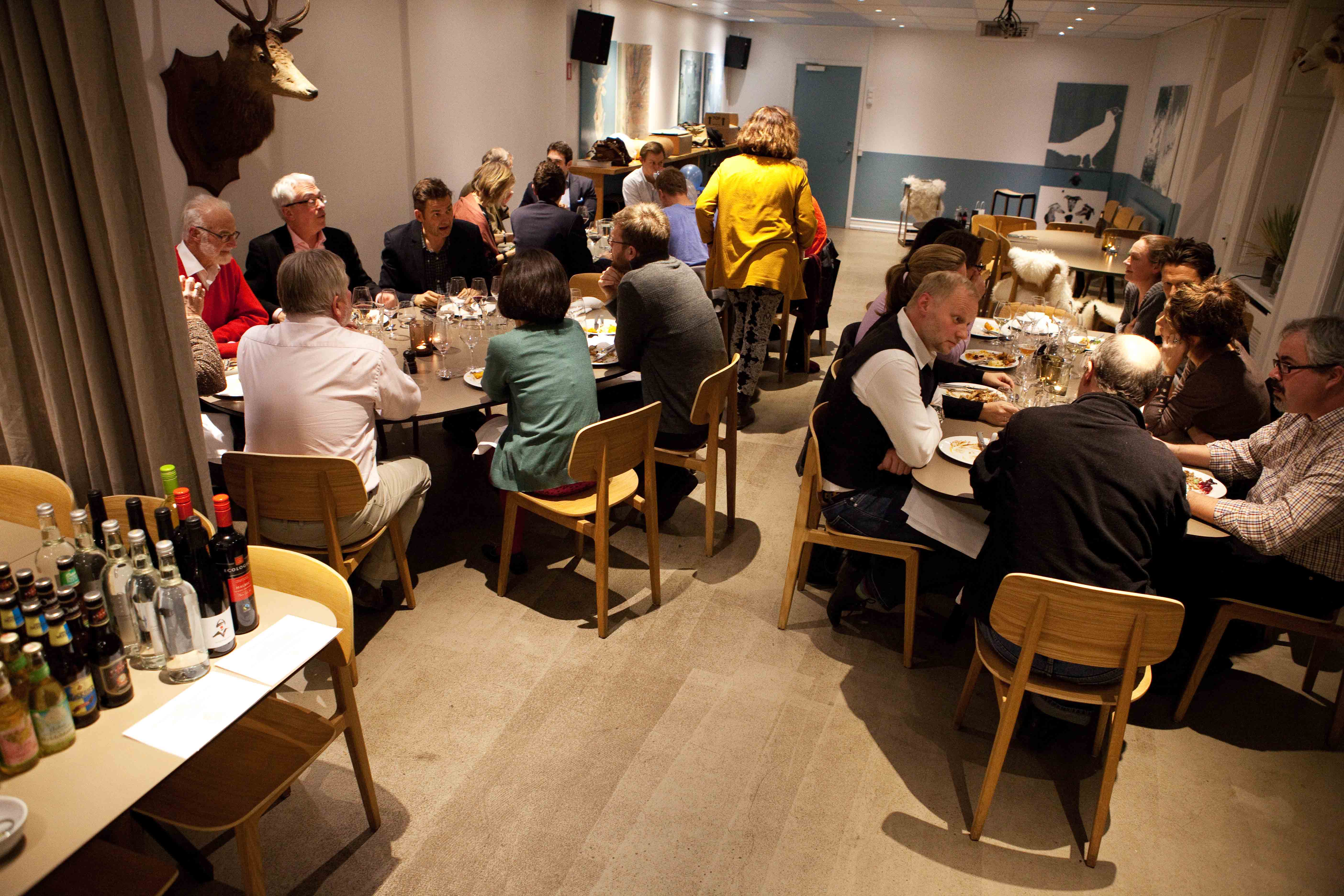 The restaurant and butcher Gourmandiet on Østerbro in Copenhagen was the host of the Thanksgiving Dinner. The room is also used for masterclasses on the craft of butchery. 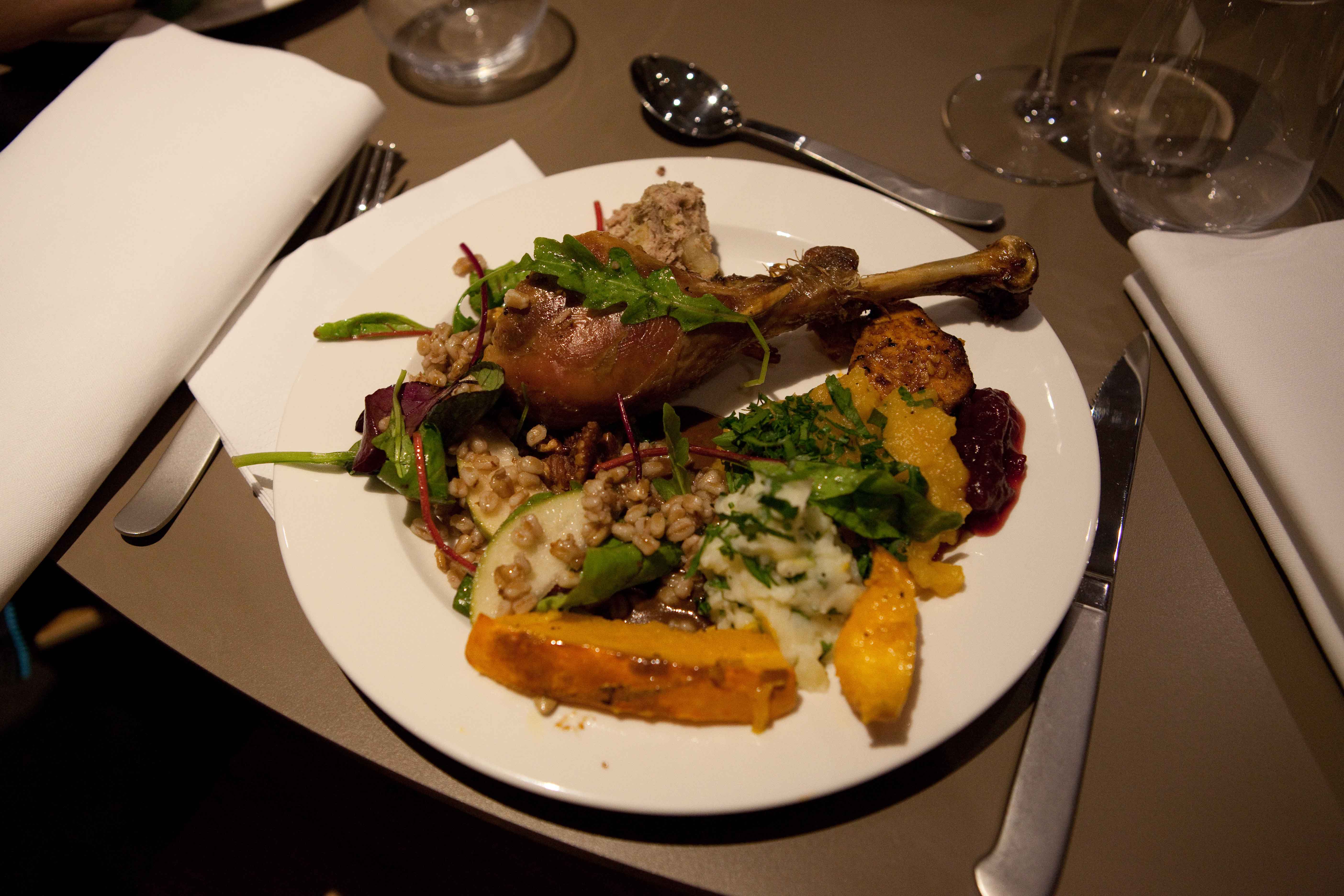 Traditional turkey, mashed potatoes and salad with a Nordic twist. 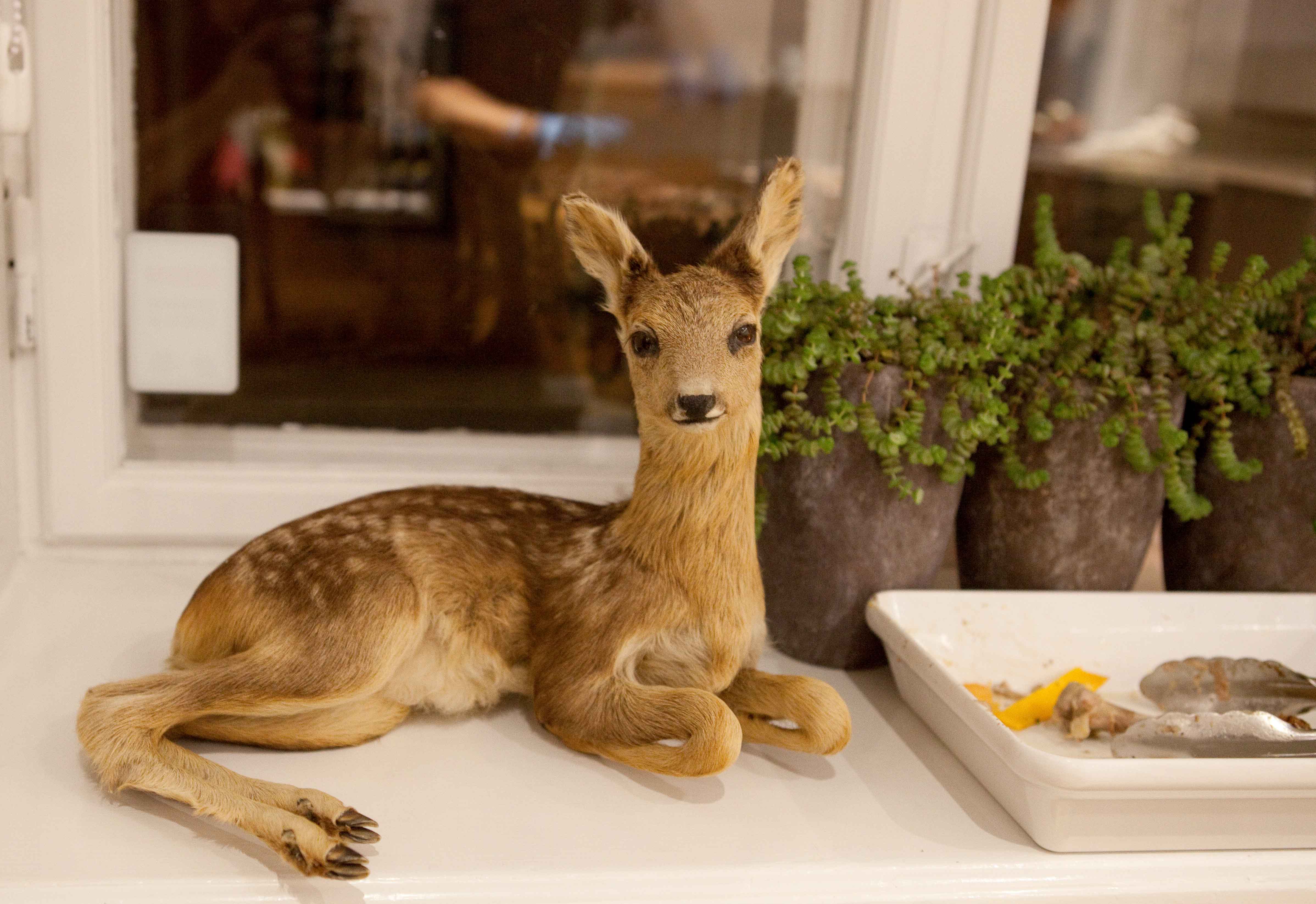 A quiet Bambi watched as guests helped themselves to the delicious Thanksgiving buffet.